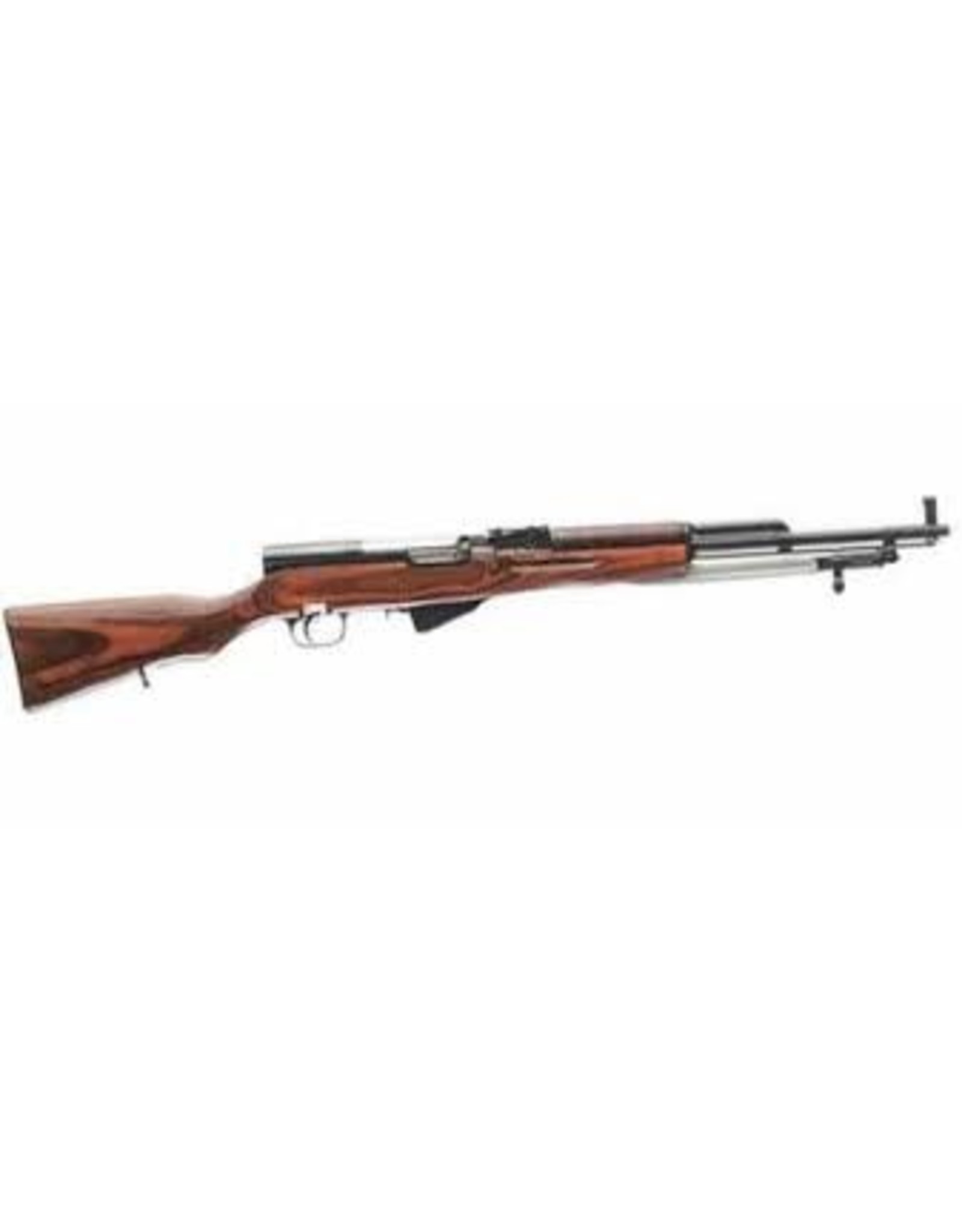 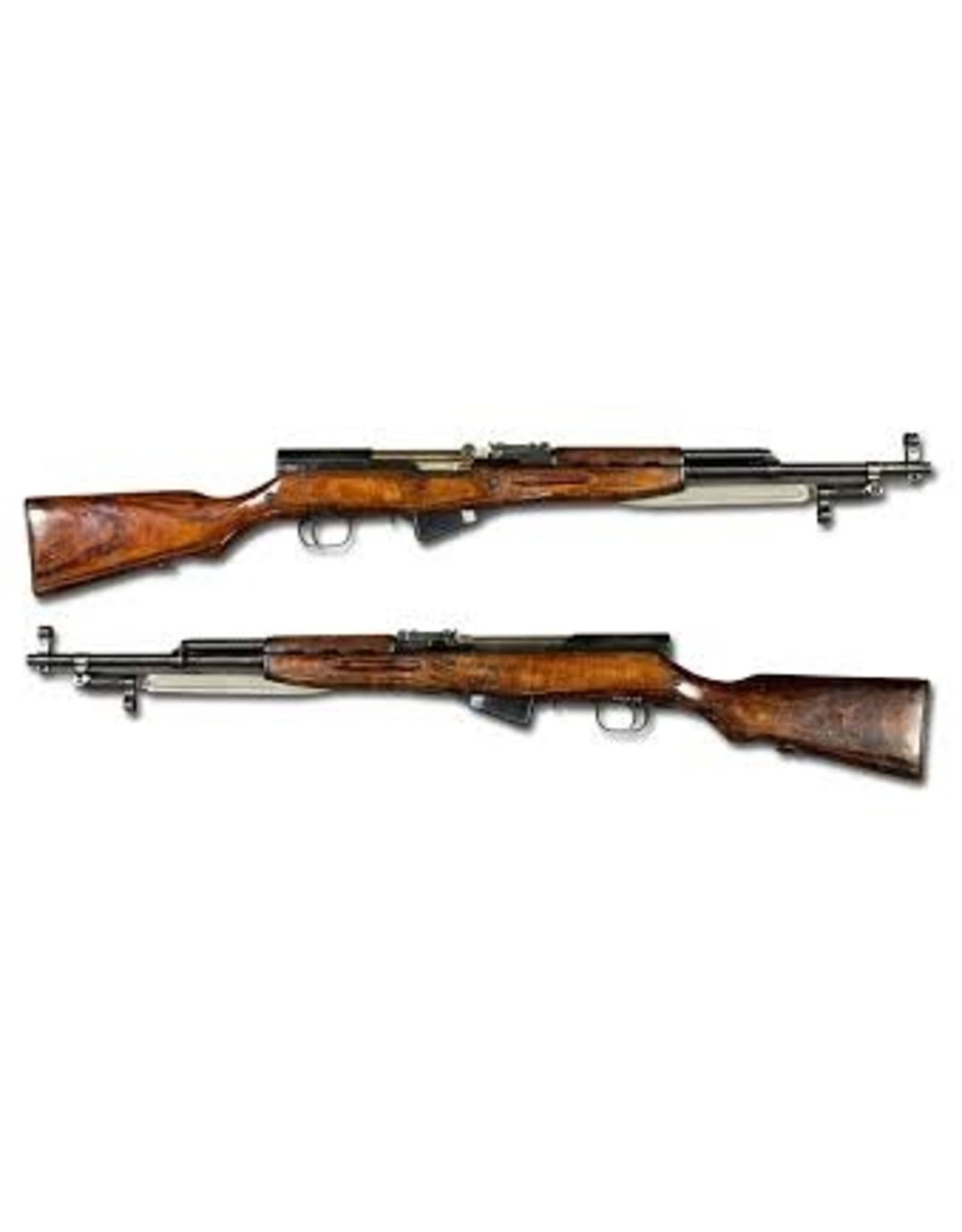 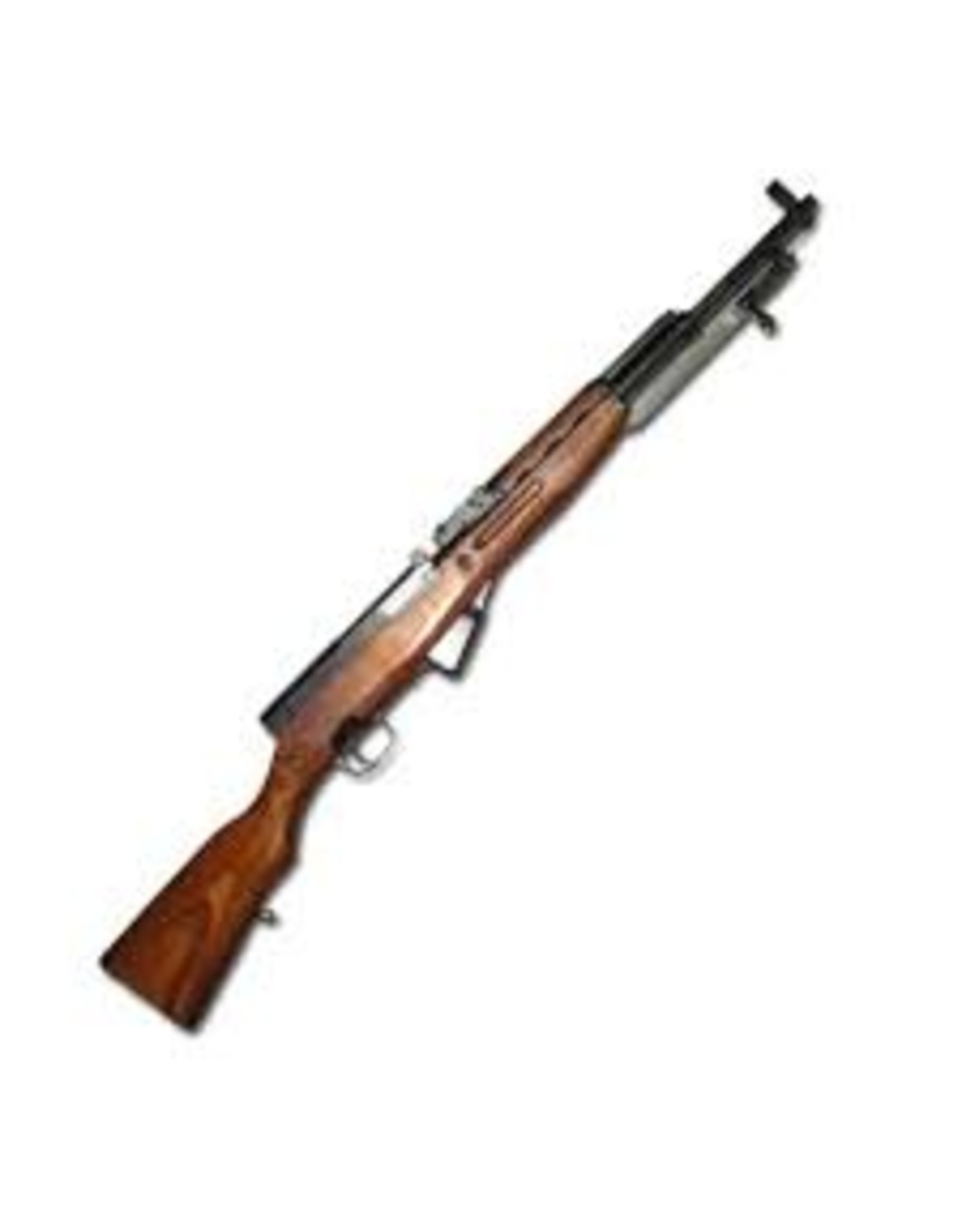 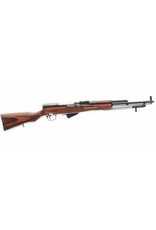 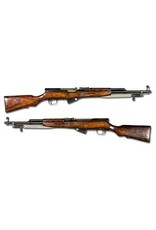 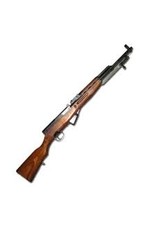 The SKS is a Soviet semi-automatic carbine chambered for the 7.62×39mm round, designed in 1943 by Sergei Gavrilovich Simonov. Its complete designation, SKS-45, is an initialism for Samozaryadny Karabin sistemy Simonova, 1945 (Russian: Самозарядный карабин системы Симонова, 1945; Self-loading Carbine of (the) Simonov system, 1945). The SKS is an extremely reliable, simply constructed weapon with two unique distinguishing characteristics: a permanently attached folding bayonet, and a hinged non-detachable magazine. However, it is incapable of fully automatic fire and limited by its ten round magazine capacity, and was rendered obsolete by the introduction of the AK-47 in the 1950s. The SKS was only briefly a standard infantry weapon in front-line units of the Soviet Armed Forces before being replaced by the AK-47.

The SKS was manufactured at Tula Arsenal from 1945 to 1958, and at the Izhevsk Arsenal from 1953 to 1954, resulting in a total Soviet production of about 2.7 million carbines. Throughout the Cold War, millions of SKS family carbines were also manufactured under license in the People’s Republic of China, Bangladesh,[5] Yugoslavia and a number of countries friendly to the Soviet bloc. The SKS remains popular on the civilian market as a hunting and marksmanship arm in many countries, including the United States and Canada.

Add your review
0 stars based on 0 reviews